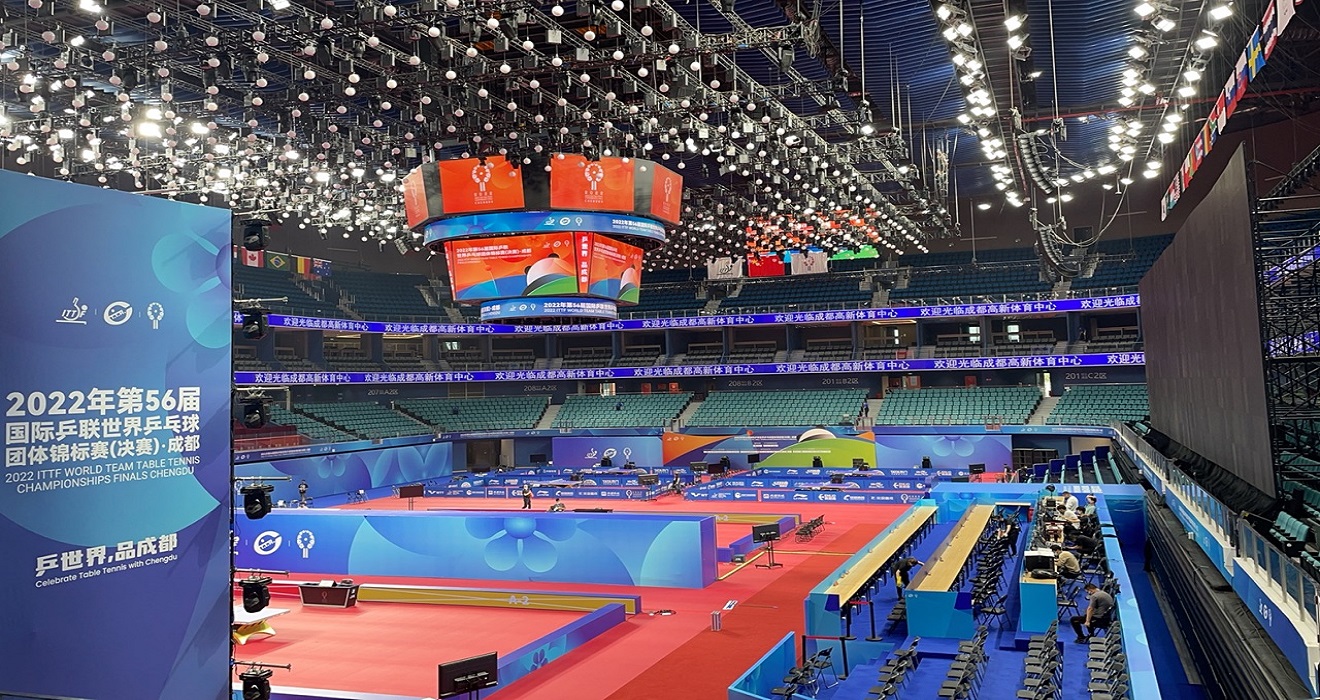 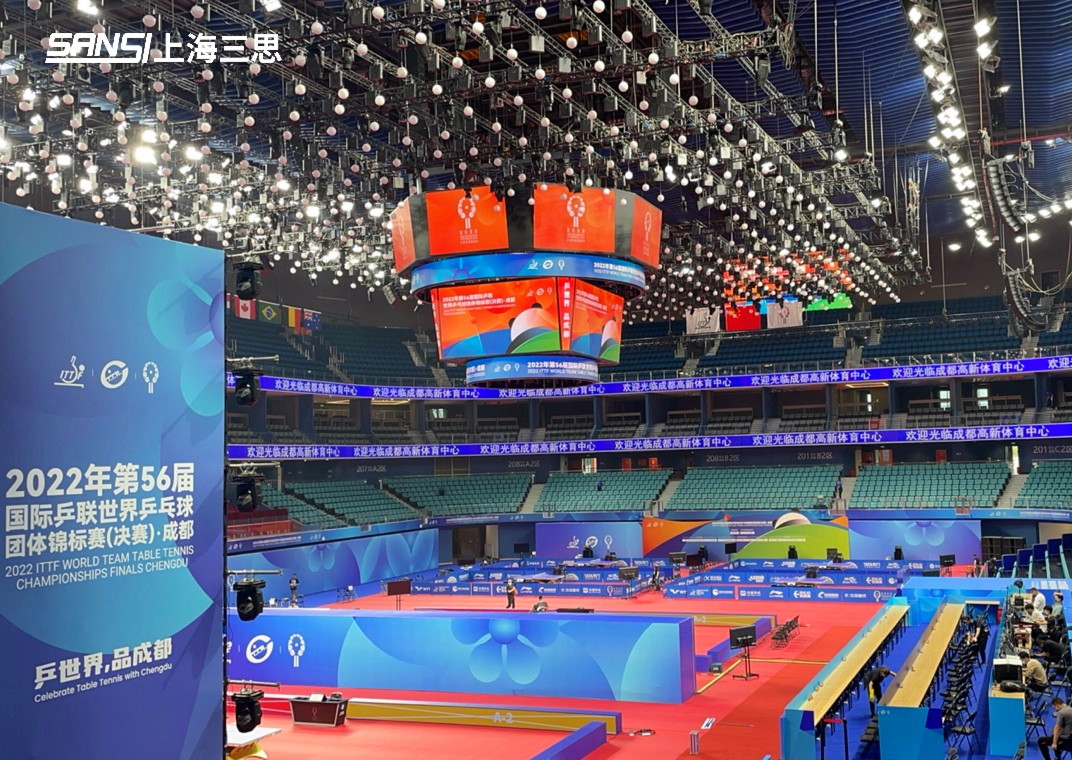 The stadium LED screen located above the center of the multi-functional gymnasium, manufactured by Sansi, is the highlight of the venue. 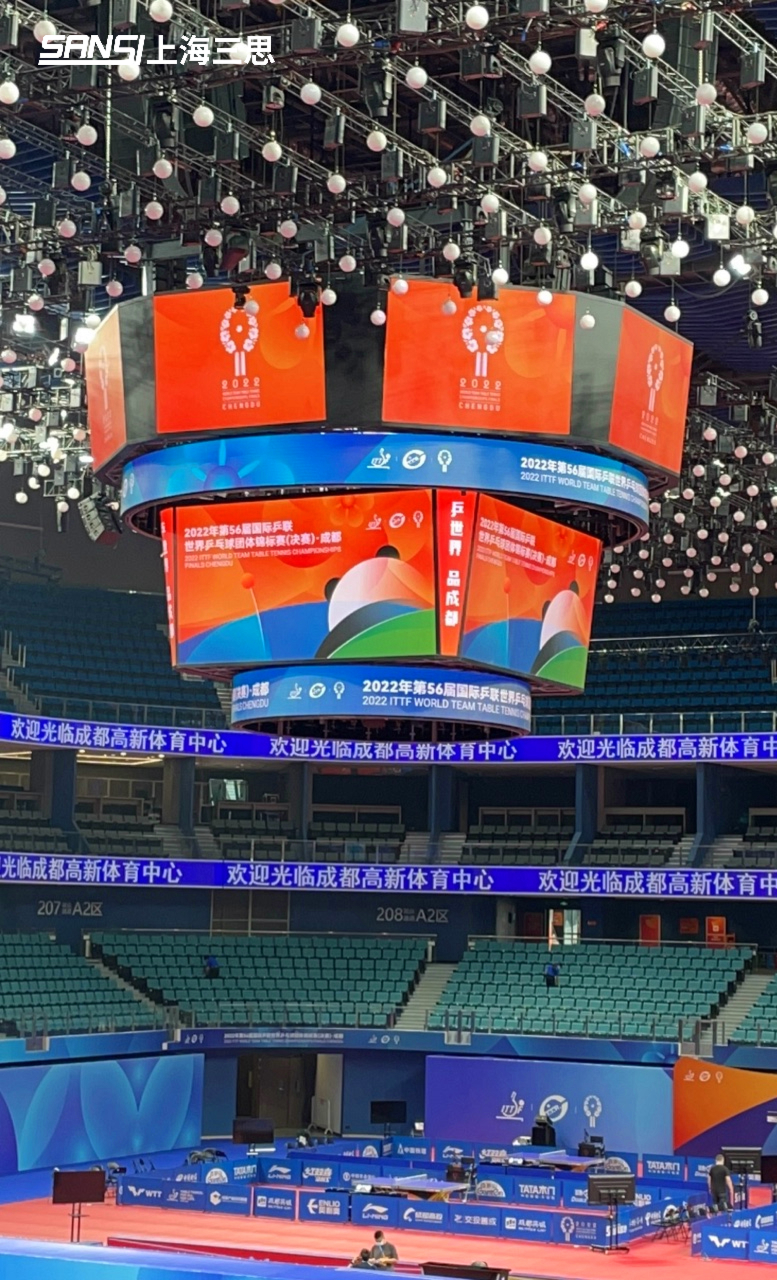 This is a group of bucket-shaped LED screens that support remote control system and hoisting and liftable system. It is composed of eight-sided screen, four-sided LED screen, four-sided corner screen and high-low area ring screen. There are four layers and 14 facades. The surface splicing is compact and independent. The products and solutions fully reflect the excellent structural design and engineering ability of Sansi.

At the same time, in order to prevent abnormal situations, the bucket shaped screen is equipped with an automatic limit device. When it rises or falls to a predetermined height, the lifting system will automatically stop running to realize the protection of the upper and lower limit positions.

In addition to bucket screens, Sansi also provided end screens and ring screens for the stands in the stadium.

The end LED screen adopts Sansi full-color LED screen, which is used for synchronous live game broadcasting and advertisement playback of. The LED ring screen surrounds the stand and is divided into upper and lower layers that It can be used to play different content such as interactive scenes of the event. The total area of the end LED screen and the ring LED screen is over 600m²; and the wide viewing angle makes it possible to watch from any position, allowing the audience to experience the fun of the live event immersively.

For this project, Sansi LED indoor full-color displays are used. The product supports customized maintenance methods. In this project, rear-maintenance is adopted according to the project requirements; it supports various installation methods such as floor-standing, wall-hanging and wall-mount; it supports environmental protection communication backup, and with high communication reliability; the display is with uniform color, high contrast ratio and vivid pictures; ultra-high refresh rate with coherent and natural picture.